Just wrapping up a final few details from China.  I received a few of the pictures that our Chinese hosts took during our training session and thought I would post a couple.  Mainly just to prove I was actually wearing a suit and heels.

I’m headed home to Charlotte tomorrow afternoon and will start packing for Ireland.  Mom and my aunt Vicki are coming up on Saturday and then we fly to Shannon on Sunday.  After arriving in Shannon, we will drive to Bantry (very safely on the left side of the road I hope) and stay our first night in a traditional B&B before moving to the Marriott in Limerick (thank goodness for hotel points).  More to come soon!  Erin go bragh!

After a room service breakfast (I have quickly become addicted to fresh croissants and tea in the morning), we piled into the van and headed for the Silk Market.  The Silk Market is a 5 story building that houses aisle after aisle of vendors selling everything from cheap knickknacks ( or tat as my British Colleagues would say) to jewelry to fake designer merchandise of every description.  If you need a fake Rolex watch or Dolce and Gabana outfit, this is the place to shop.  As you walk down the aisles, the vendors try to pull you into their stalls.  I very quickly became tired of “Excuse me… Lady…” time after time.  I didn’t really see anything that I wanted to spend money on and you are expected to bargain which is a very time consuming process.  The first price quoted is usually at least 10 times higher than what you should pay (and who knows how many times what the item is actually worth).  I don’t really like bargaining, especially in a foreign currency.  I never was that good at math and I loose track of the conversions in my head.  However, I did manage to buy a “chop”,  which is a kind of stamp, with my name carved on it in English and Chinese.  I also bought 3 little engraved plates with Beijing scenes on them and a silk business card case.  I’m sure I probably paid too much and the vendors laughed as I left even though they assured me “it was a special price.  Just because I like you”.  I didn’t think to take any pictures or was afraid to take my camera out of my bag, not sure which.

After leaving the Silk Market, I did manage to snap this picture of a Windows 7 advertisement.

We went to a local restaurant for lunch and had an excellent meal.  The restaurant was in an old style building with a courtyard. We had several interesting dishes including a beef dish that I would have sworn was pot roast if it had come with carrots, potatoes and onions.

After lunch, we headed back to the hotel for an afternoon briefing with an official with the Chinese Ministry of Health.  After the meeting, we ended up eating dinner at the hotel and then calling it a night.

On Friday, we went to another hotel for the main training session that brought me to Beijing.  The training session was communicated to the Chinese audience using simultaneous translation.  This is the type where participants have earphones and the speakers words are translated as they are being spoken.  This is very good for the participants but not so good for the presenters.  I found it very hard to remember to pause often enough for the translators to catch up.  We had lunch at the hotel where the training was located.  It was served buffet style and as I perused the offerings, I had to pass on items such as quick fried chicken cartilage.

At the end of the day, we headed back to the hotel to change for dinner.  The restaurant we ate at called Yunnan was named after a southern China area.  Their cuisine featured heavily in mushrooms and we had several excellent mushroom based dishes. We also had a bottle of Chinese wine.  I should have known something was up when the glasses the server brought were the size of thimbles.  After the initial toast, I carefully sipped and almost choked.  It turns out that the wine was 46% alcohol and aged 30 years and I’m pretty sure that gasoline must taste better. The good news is that the wine came in a beautiful painted and glazed porcelain bottle which even now sits in my suitcase. After the initial sip, I stuck to beer for the rest of the night.  Yes, I drank beer.  I know some of you are falling out of your chairs in shock, but it wasn’t bad and Chinese beer is very cheap.  It can be had (outside of hotels) for about 3 or 4 RMB which is about 50 cents US.

Saturday was another day of training and my last full day in China.  After finishing my last presentation (and deciding I was not intended to wear a suit and heels every day), we came back to the hotel around 2 pm.  I changed clothes and headed out with a colleague to a market in Beijing that is much like an American flea market.  Unfortunately, the market was on the opposite side of Beijing and traffic was heavy even on a Saturday.  This meant most vendors were beginning to pack up for the day by the time we arrived.  Once at the market, I was able to purchase two black and white framed prints of the Great Wall from a local artist for about $45.  I also purchased about 7 Chinese scroll paintings for about $25 and an inkpad for my Chop (see Silk Market above) for about $2. On the trip back through the streets of Beijing, I snapped a last few shots of the city from the car.

As I sit here pondering where I’m going to put everything I bought (luckily I brought an extra duffle bag), I can’t help but think of what a wonderful and exciting week this has been.  I feel extremely grateful for the chance I was given to experience a culture that is so different from my everyday experiences.  Beijing is one of the most beautiful and clean cities I have ever seen and the people have been extremely friendly.  I’ve tasted a lot of very interesting foods and can honestly say that I liked almost all of them. (Sorry David, I’m still not sorry I didn’t eat the jellyfish).  I hope to be able to come back to China someday and expand on what has only been a glimpse of everything this city and country have to offer.

This time tomorrow I will be on my 13 hour flight back to the States where I can’t wait to have a glass of iced anything.  I’ve also sworn off chopsticks and anything that isn’t boneless for the next month.  Just think, only 8 more days until Ireland and Wales!  Hello a proper cup of tea and fresh baked scones!

On Wednesday we had meetings with the Microsoft China team in the morning and met with CNITSEC in the afternoon.  CNITSEC is the government agency in China that provides network services to the other Chinese government agencies.  They were very interested in our presentation and had many questions.  It is quite a challenge to communicate information and answer questions with the Chinese/English language barrier.  Although many of the Chinese we have talked with understand English to some degree, it can often be hard for them to express their exact meaning in English.

At the end of the day, we went to dinner at a local Beijing restaurant to try the local specialty, Peking Duck.  Peking Duck is a special meal that actually includes 3 courses of duck and includes a soup, the actual roast duck and another dish made of the duck.  The best part is the roasted duck which is served with thin flat won-ton type wrappers.  You then add to this wrapper some spring onion, cucumber, a special brown sauce and pieces of the roasted duck including crispy skin.  It is very juicy and delicious and reminds me much of a smoked pork shoulder.  We had many other dishes as well, one of my favorites being a sautéed spinach with Chinese mustard, chili oil and peanuts.

After dinner, I came back to hotel and talked to Mom for a while on the web cam.  It really is cool that we can talk to and see each other from 7000 miles away and its like we are in the next room.

This morning, we went to speak with the faculty and graduate students of Tsinghua University.  The students and faculty there do a lot of research into different computer and networking areas.  They were very interested in our presentations on tools and standards, as well as the information we shared on Windows 7.

After the presentations and discussions were over, Professor Linchuang and his associates hosted us for lunch at a local restaurant where we again had roast duck and many other dishes.  So far I have been pretty brave and tried every dish.  However, after viewing David’s face, I had to pass on the jellyfish.  After lunch, one of the students gave us a tour of the Tsinghua campus.  Parts of the campus date back to the early 1900’s and they have some beautiful gardens as well.

After our campus tour was over, we headed back to our hotel to change clothes and turn tourist once more.  We headed to the Summer Palace where the Chinese Emperors would go live during the summer.  The architecture and buildings were very similar to what was seen earlier this week at the Forbidden City.  Many of the buildings date from around 1886 as apparently many of the older buildings were burned during an Anglo-French invasion in 1860.  (Not sure why the English and French were working together) The day was very warm but you could see why the Summer Palace was an attractive place to be in the summer due to the cooler breezes and shade from the trees.  There were some truly spectacular views of Beijing.

At the end of our visit to the Summer Palace, we took one of the dragon boats across the lake.

Tired but happy from a long but rewarding day, we headed back to the hotel patio to relax with a cold beverage. 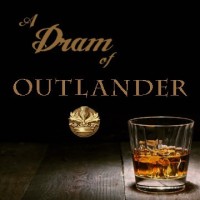 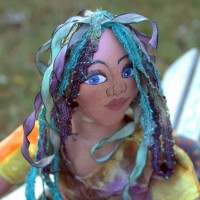 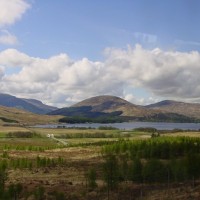 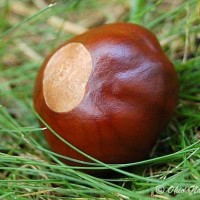 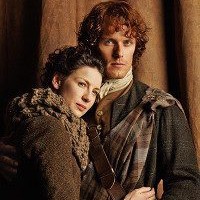 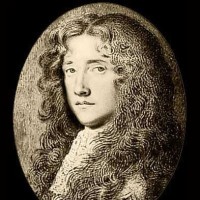 A Dram of Outlander

More Notes From the Refrigerator Door

A Day In the Life of The Case Family

Fiction is my First Love

All books are great, but Fiction will always be my favorite.

Cultural Musings of An Outlandish Nature

Through The Stones Of Outlander

Lets travel back in time.

The Rank and Files

Because we think Richard Rankin is the cat’s pajamas

Slices of Life and Work in the 21st Century Hebrides - for language learners, and anyone else!

One lassie's views on everything Outlander

Candida's Musings
The Gospel of Outlander

A comedic glimpse into the world of Outlander

All Things Outlander and a Bag of Chips